This was the second time I’d been to Collis P. Huntington State Park. Last time was while I was training for my trip to Machu Picchu (That I still haven’t written about!) and I got the most lost I’ve ever been on a trail. Laser and I were out for hours. No complaints from that guy.

It was beautiful in the summertime, but just as it is in much of the Northeast, it really shines in the Autumn. Here’s a map of the 883 acre park. You might want to keep it on hand, hah! 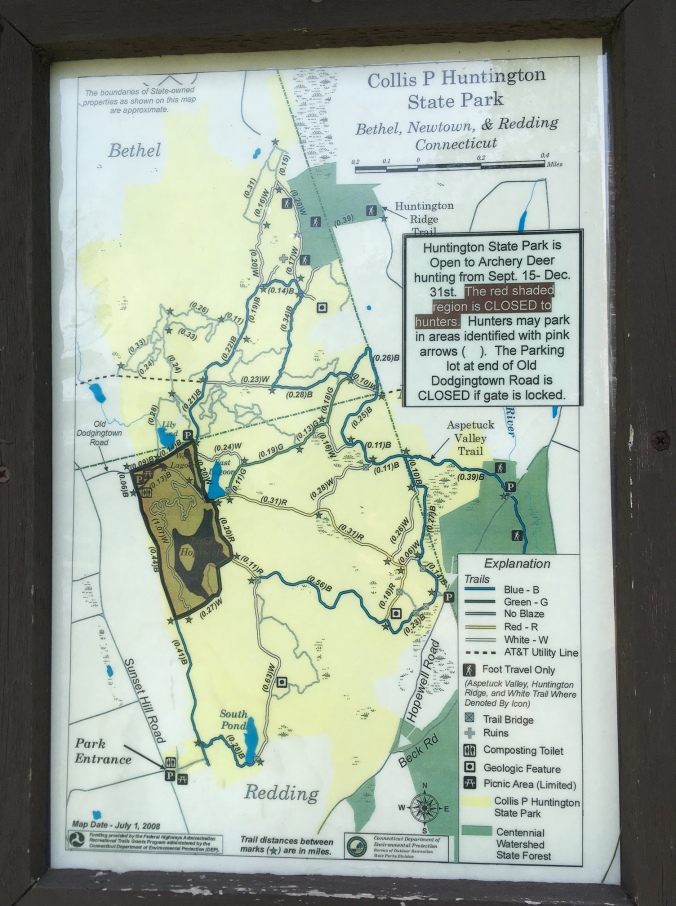 At the southmost side, where I’ve parked my car  both times, there are two statues on either side of the entrance. They’re gorgeous! Upon researching a bit more about the origins of Collis P. Huntington State Park, I learned that the daughter-in-law of Collis, Anna Hyatt Huntington, was a famed sculptor, whose art includes the Joan of Arc statue in New York City. 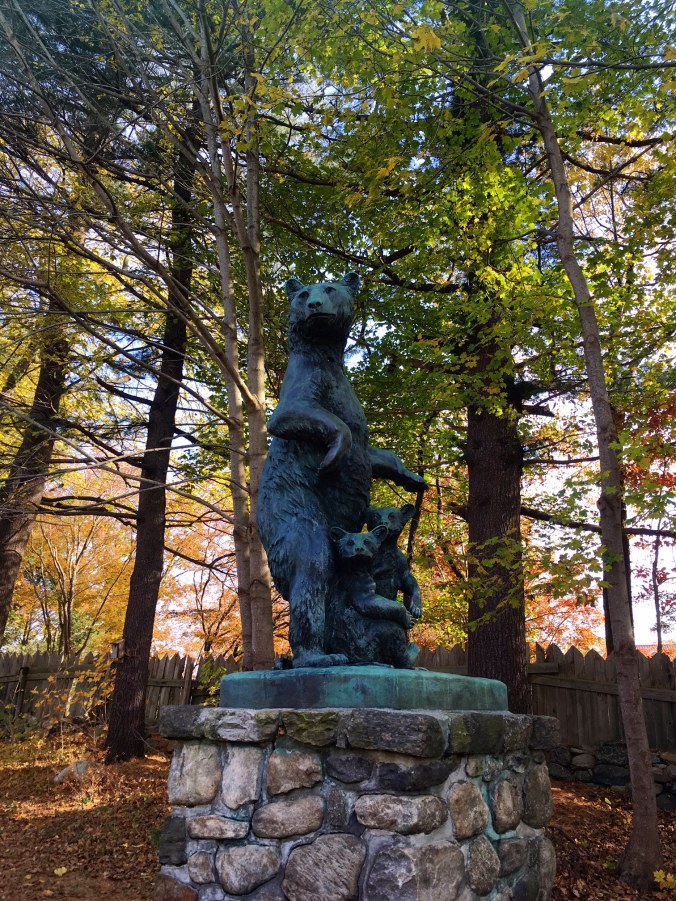 After entering through the gate, there’s a small rest area with several picnic tables. 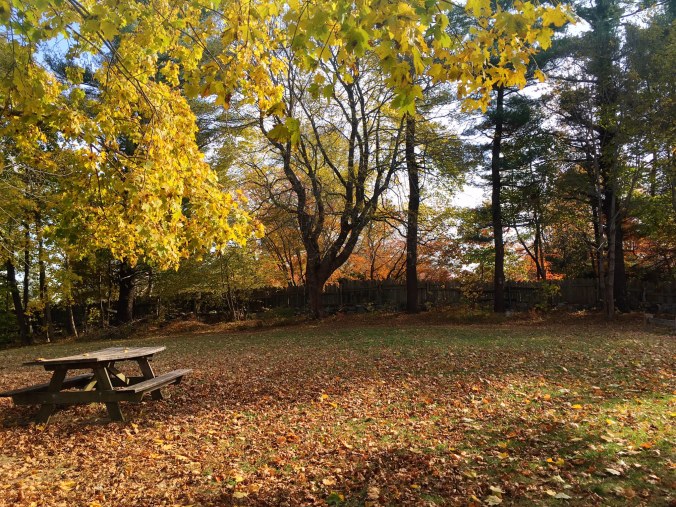 Going into the park, you must descend down a pretty big hill. It’s pictured below, but I found the photo to have a better composition  when I straightened it out.

The colors were so brilliant. 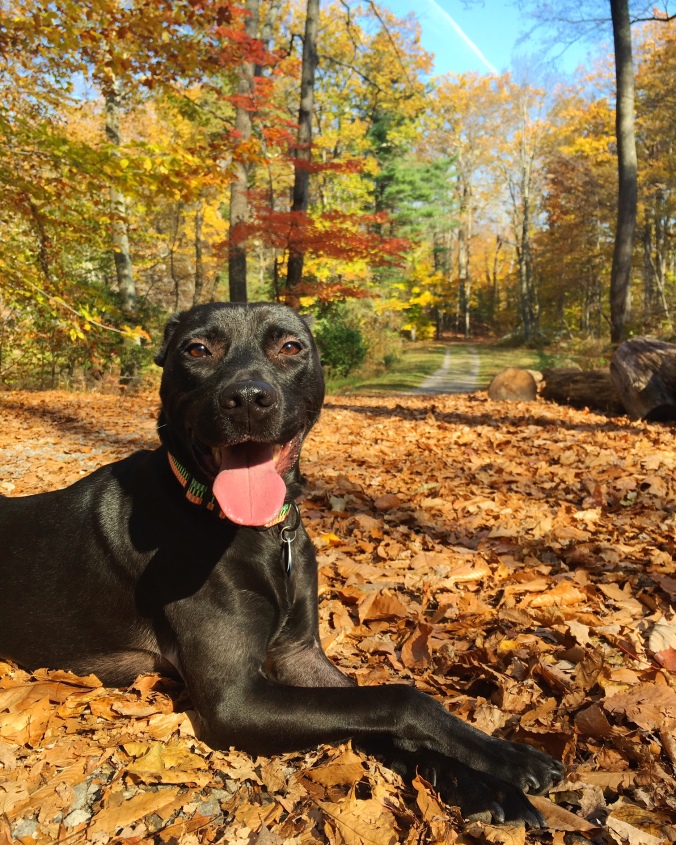 Laser, who I seemed to have trained to learn the commands, “come, photo!,” “sit,””lie down,” and “smile” was pretty happy to be joining me. The park allows leashed dogs only, and I removed his harness only to take pictures. If you do bring your dog, don’t forget to clean up anything your dog leaves behind. Dog waste isn’t good for the ecosystem of the park.

Speaking of waste, because this is a state park and not just a town open space, there are toilets! It has no plumbing, but it’s built into the ground and it’s an ecotoilet. It’s not the Ritz, but when you drink a full gallon of water while getting lost, you’re thankful for the little things, like toilet paper.

For the record, I’ve only gotten lost there once. I met a man there who is a volunteer firefighter and after telling him about being lost, he told me that a few weeks prior, someone called 911 they were so lost!

So, yeah. Heed that as a warning, and also, I’m not [the only] goober.

Sometimes you need to get lost, after all. 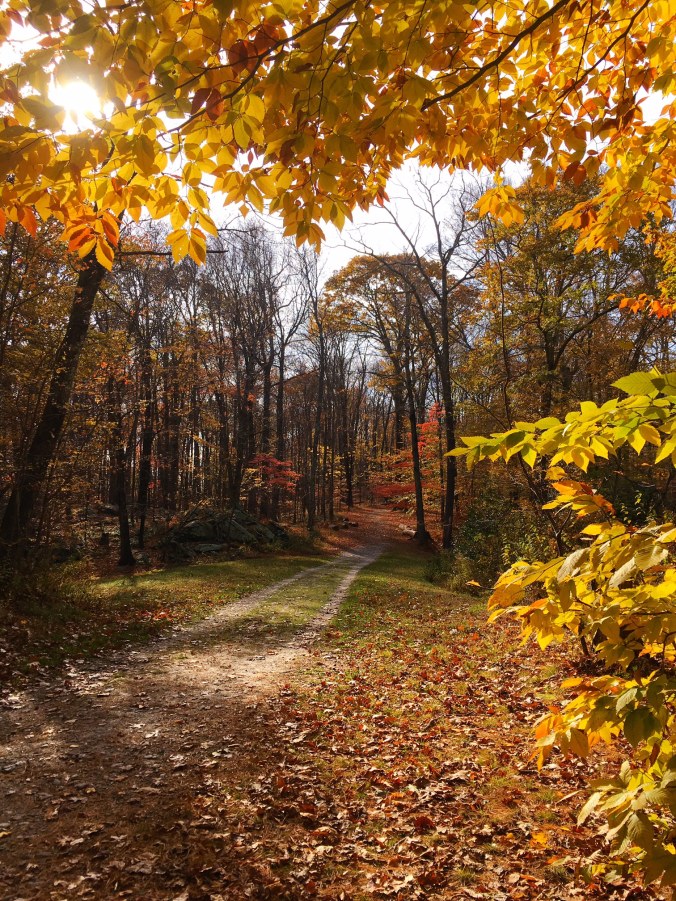 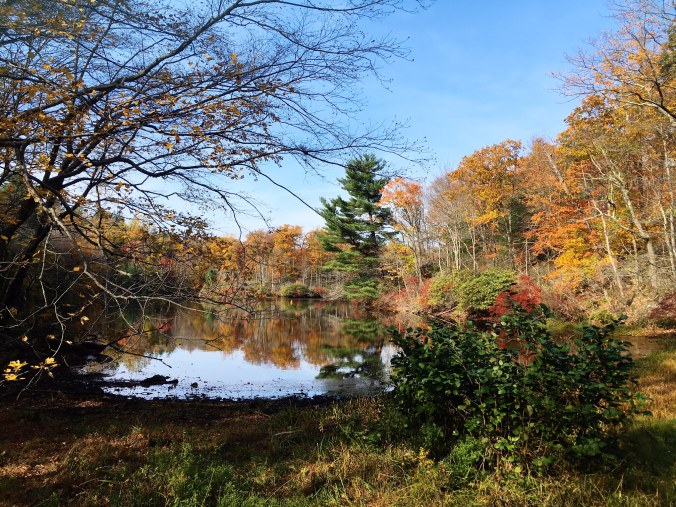