I’ve been doing tons of tiny projects for my mini kitchen makeover. No new cabinets or anything too fancy-mostly just a fresh coat of paint on many of the items in there. More about that later!

I took a break from that to do this Glitter Banner DIY.

I’ve been seeing a lot of these old-school style foil banners around the web & I think they’re just the cutest! They remind me of my birthdays growing up, but with clever little sayings.

Urban Outfitters is even selling a little kit to put one together yourself. 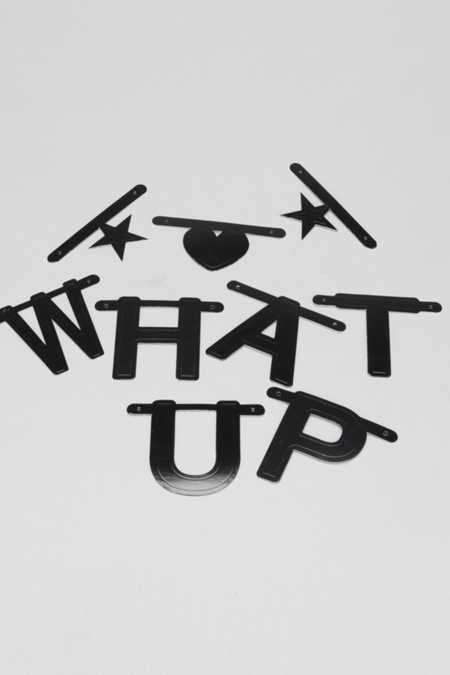 But it only comes in black!

After scouring Pinterest and going through a plethora of those same ol’ boring flag banners, I only came up with one on how to post for traditional foil banners, by Parrish Platz. She did most of the hard work for me (thank you!!) by posting what looks like a scanned photo of the tabbed letters (it was so hard finding a font that was similar, even without the tabs) but the image wasn’t ready for printing-it looks as if it was scanned on square paper, it was a jpeg with tons of slight color variations that would do some major damage to my photo printer ink, and the letters were past the printable area of the page.

I did some quick switch-a-roos on Photoshop, made some PDF printables, cut ’em out, put ’em together, and I really like the results!  END_OF_DOCUMENT_TOKEN_TO_BE_REPLACED