I wanted to get in on the covid quarantine rainbow hunt, like I described yesterday in my post about messages of hope during the pandemic, but my 20-month-old son isn’t quite old enough to draw a rainbow and my tween is a little too old to be interested.

I’ve seen a lot of Eric Carle inspired tutorials on Pinterest, but most people don’t get his steps all the way correct.

He did an interview with Mr. Rogers on Mister Rogers’ Neighborhood many years ago where he showed his exact process. 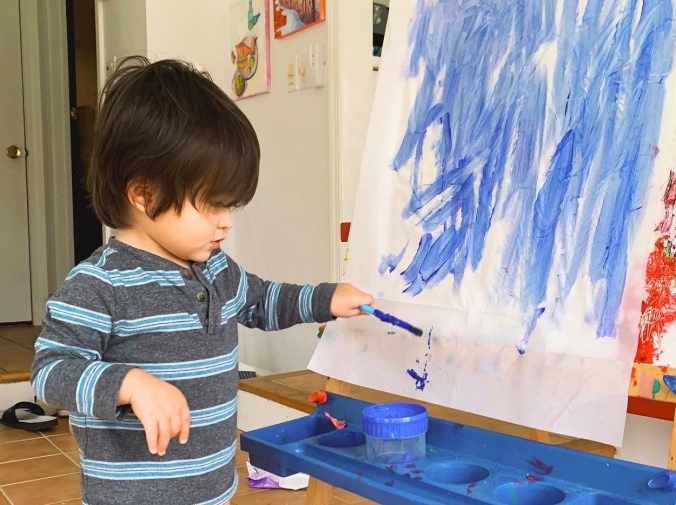 What people frequently get wrong when emulating Eric Carle is that he didn’t use traditional paper for his creations. He used tissue paper. You know, like the gift wrap kind. 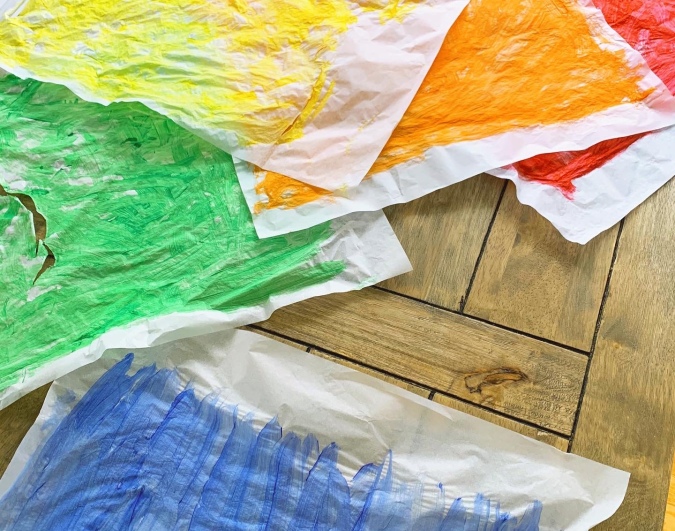 This makes the medium harder to work with for toddlers, causing tears. But it also allows more dimension and light to filter through. 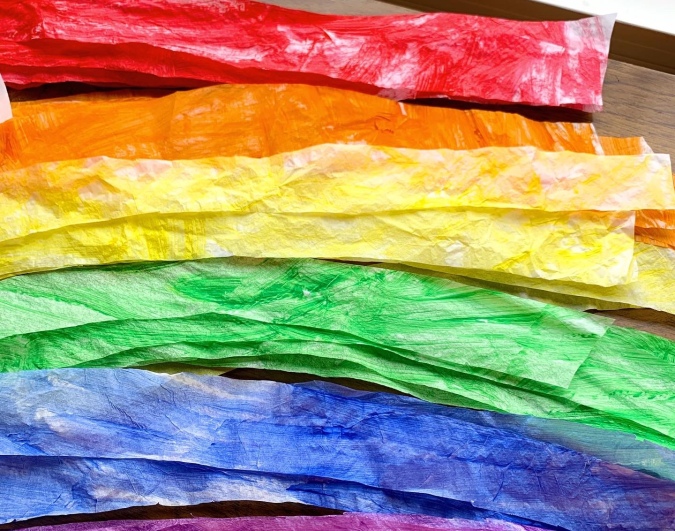 After the little guy painted sheets of different colors (we used finger paint, though Eric Carle uses acrylics) I cut the sheets into arched strips, then taped them together on our window. 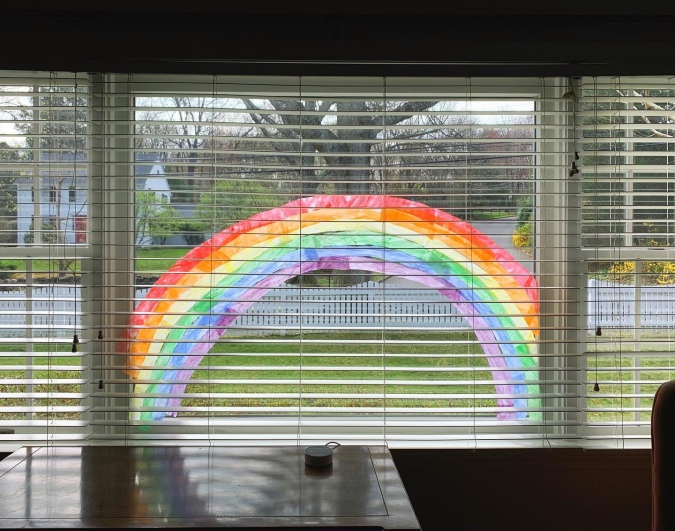 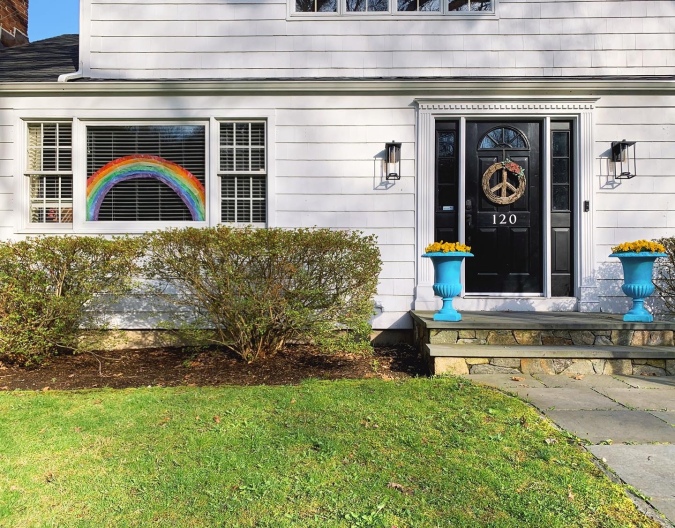