Valentine’s day is one of my favorite days of the year, second only to Halloween. I had quite a few tricks up my sleeves this year, and a lot of projects I wanted to do!

I bit the bullet and bought #alisonscookieparty to find out how to make her awesome sugar cookies. I was reluctant at first. With all of the recipes that are available on the web, why should I pay $30 for an online course? But I continued to follow The Alison Show on Instagram, so I kept seeing one adorably decorated cookie after another and her super-cool, upbeat personality on my feed. The e-tutorial eventually went on sale for $5 off, and I was finally just like, “Take my money already!”

I was sure it would end up another Pinterest fail (I have a history) but they were so simple and they turned out great! My only tip is to not be afraid to let your royal icing be more runny. I started out with it very stiff and was so reluctant to add the additional liquid that my first few decorations were frustrating. After perusing the hashtag on instagram, I noticed that many others likely ran into this same issue.

Here are the results:

I used a new set of typewriter letter stamps bought from the gift aisle of Target and colored them with edible marker to place letters on the cookie. Totally Alison’s idea, I’ll take no credit!

Nearly all of those went to school with my son on Friday, along with his (very cute) handmade valentines.

Several weeks ago, Mark stumbled upon a Beef Wellington Recipe from Alton Brown. It’s his favorite dish, made buy our favorite celebrity chef. The ingredients were very expensive, so I see why I haven’t had it before and why we haven’t been able to find a Houston restaurant that serves it. We subbed the pate de foie gras for a pate of goose liver/pork that I found at Central Market. It was a $7 vs $85 situation, so the decision was simple. Mark did most of the work, and it turned out great! 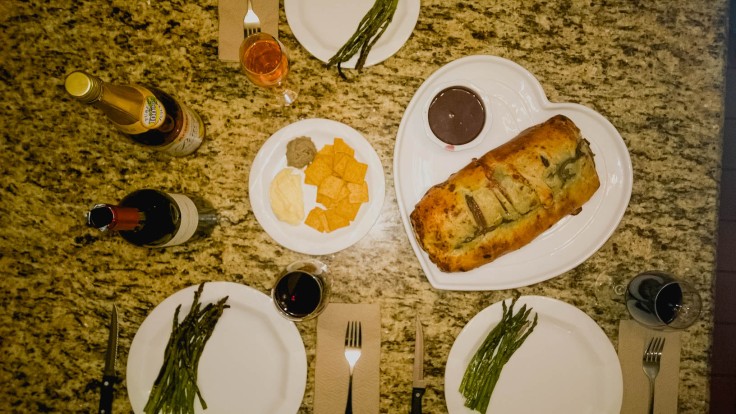 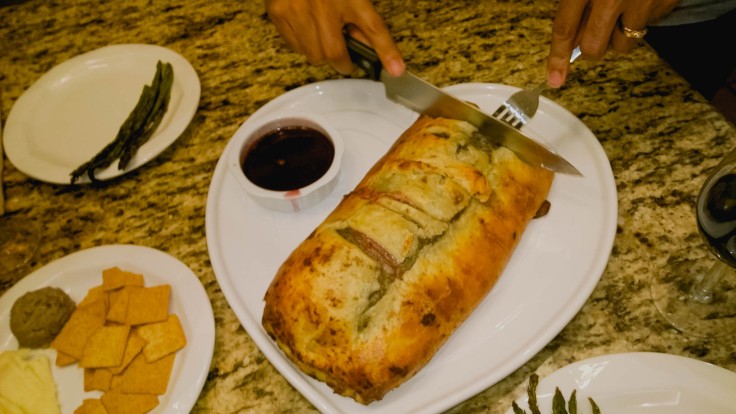 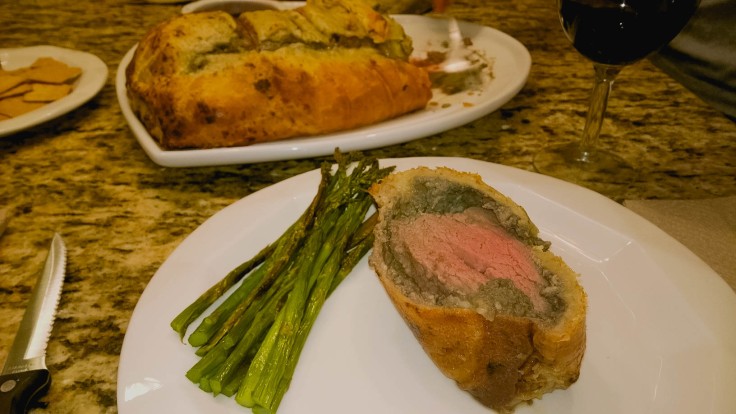 The History Behind our Dessert

Mark made dinner, so I made dessert. I had pinned a recipe for Jack and Cola Bread Pudding with Ice Cream YEARS ago, and had been itching, now that I’m finally actually cooking, to make it for him.

When Mark and I first met, it was at a little hole-in-the-wall where I used to tend bar. He and his best friend, who he lived next door to at the time, would frequent the place and often order the same thing. I’d see their faces and say, “Jack and Diet?”

The place was small and customers where few and far between, so we had plenty of time to get to know each other. One day, his friend said, “You know, ever since you played cards with Mark, he’s been totally obsessed with you.” But I was a bartender, and people get obsessed with bartenders–they’re feeding you booze and telling you what you want to hear 98% of the time–it’s no big deal. I brushed it off.

I stopped working at the bar and moved on to other things, but six months later I started running into him at the gym frequently. We were both training for marathons, and he had lost 50 pounds. FIFTY POUNDS! I had never met someone who had overcome such a feat. I was impressed, but it wasn’t until over a year later that he’d ask me on a date and I’d accept. The rest is history, but it all started with a little jack and cola.

Let me just say, this recipe is flippin’ delicious. The best bread pudding I’ve ever had and what my husband called, “the best thing you’ve ever made.”

Be forewarned: The Jack Daniels makes it nearly IMPOSSIBLE to get the ice cream to freeze. It’s a day later and we keep refreezing our ice cream maker core to get it to finally be the right ice cream consistency. Maybe it’s our ice cream maker, who knows. But the flavors are ON POINT and last night I just drizzled the ice cream base + the cola reduction on top. DELICIOUS! 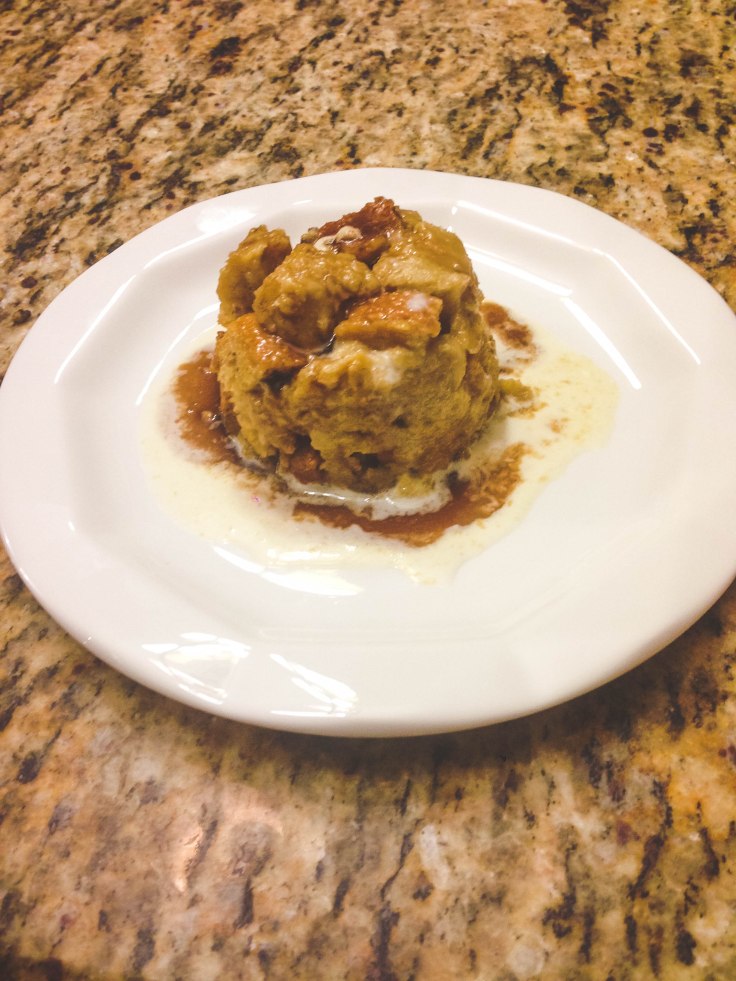 How was your Valentine’s Day? Did you cook anything delicious?