Our first day in Palawan was the best of our entire trip! We took a quick flight via Cebu Pacific Air first thing in the morning, and brought (almost) the entire fam. After our arrival to our hotel, we had to leave quickly. Though we had originally booked a city tour of Puerto Princessa, our new found love of diving led us to contact someone local the day prior to see what the waters of Palawan had to offer.

And oh, did it offer a lot. We broke away from the rest of the group, picked up the dive equipment from the dive instructors’ gorgeous home, took a short ride, picked up some lunch and water, and arrived at Pristine Beach. Literally–that’s the name of the beach. And for good reason.

Unfortunately, Mark had me leave my phone and camera behind. So I don’t have any photos!

The dives were great, we did one for forty five minutes, ate lunch, then did another dive for the same amount of time. We went down as deep as 18 meters during the first dive, but during the second we didn’t have to go nearly as far: there was a full wall of reef going down as deep as we could see.

After diving, we rested at the hotel, played some foozeball, and I discovered banoffe. BANANA IN MY FROZEN COFFEE.

That night, all 12 of us piled in a van and headed to go firefly watching.

They fed us a traditional Filipino dinner, and then we got on boats for the tour. The boats were row boats, and only four people, including the guide, were allowed on each boat.

During the tour, the guide asked if we see fireflies where we come from, then asked us if we see them less often now than we used to. Growing up and spending time in my cousin’s neighborhood in northern Corpus Christi, I saw many. But it really has been a long time.

The guide explained to us that fireflies are a sign of a healthy environment, free of pollution. They’re a sign of good air. No wonder it’s been a while. Kind of sad.

Fireflies were everywhere, and he would use a simple red light to make them shine more brightly: with his light, he looked to them to be a firefly as well. The stars shined brightly. It was gorgeous.

THEN, the tour guide threw us for a loop. “You may notice the stars shining brightly, and of course the fireflies. But they aren’t the only things that shine here in this river. If you put your hand in the water–”

“Yes, you may see that there’s a glow as you place your hand in the water.”

Turns out, the water had bioluminescent photoplankton. It doesn’t photograph. The closest thing I could find to resemble this unforgettable image is this youtube video:

But it wasn’t blue, it was bright white. It was like stars, or pixie dust. It was everything.

The next day, we went island hopping in the Honda Bay. We did a lot of snorkeling, took a banana boat ride, drank from fresh young coconuts and I took A LOT more pictures than the day before. 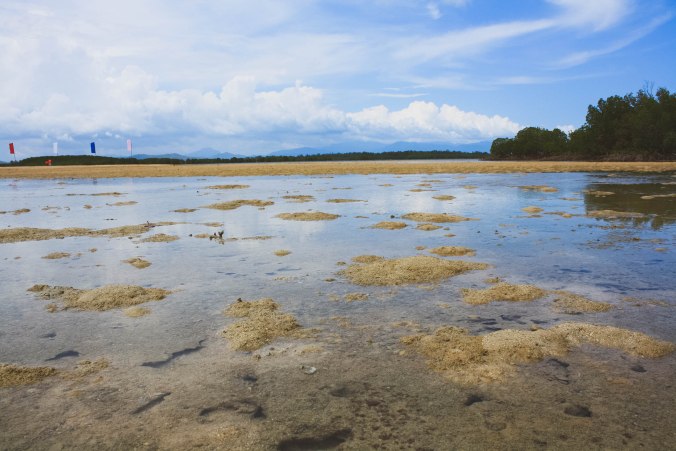 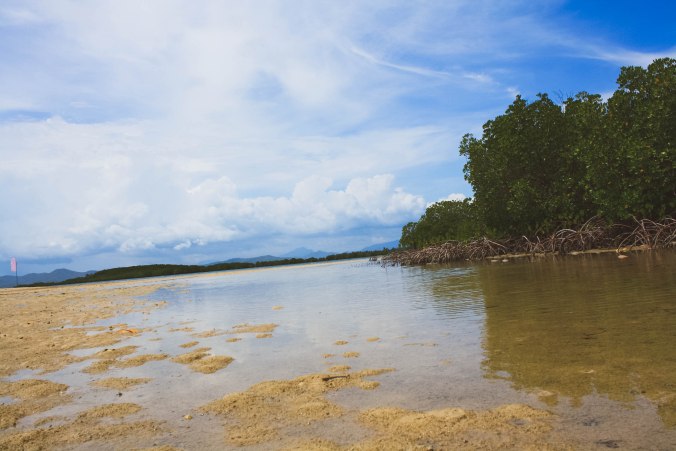 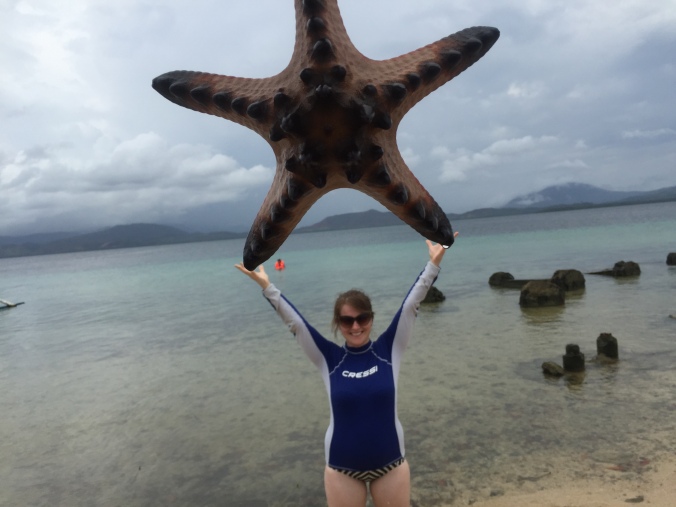