This post is the first in a series about a girls’ trip I took for seven days driving from Denver, Colorado to Yellowstone National Park, to Grand Teton National Park.

For the last three years in a row, a good friend of mine, Tina, and I have gone on a girls’ trip. On the first, I flew out to visit her where she was living at the time, in Arizona, and we hiked down the Grand Canyon to Havasupai Falls.

And last year, another friend of ours joined us and we went to The Bahamas.

Maybe one of these days, I’ll post some throwback posts about those trips.

This trip has been one of my favorites, year after year, because I can ease off of my responsibilities as a mother and wife (well, before the elopement, as a girlfriend) and just have a blast with the downest, most laid-back chick that I’ve been lucky enough to know for the last 13+ years.

This year, the destination was Yellowstone National Park. I hadn’t explored that side of the country, and we found that flights to Denver were significantly cheaper (because it’s a hub) so we decided we’d turn this year’s trip into another flight/road trip hybrid.

While we were in the later planning stages, I called up a mutual friend of ours, Spencer, who lives in Denver. Neither of us had seen in a decade but I figured, “Why not?”

Spencer was thrilled to hear from us, and being quite the outdoorsman, he had tons of suggestions for gear and things to do. After some back and forth, he suggested, “How about you just give me a call when you arrive and I’ll take care of everything from there?” Sold.

We packed our bags… 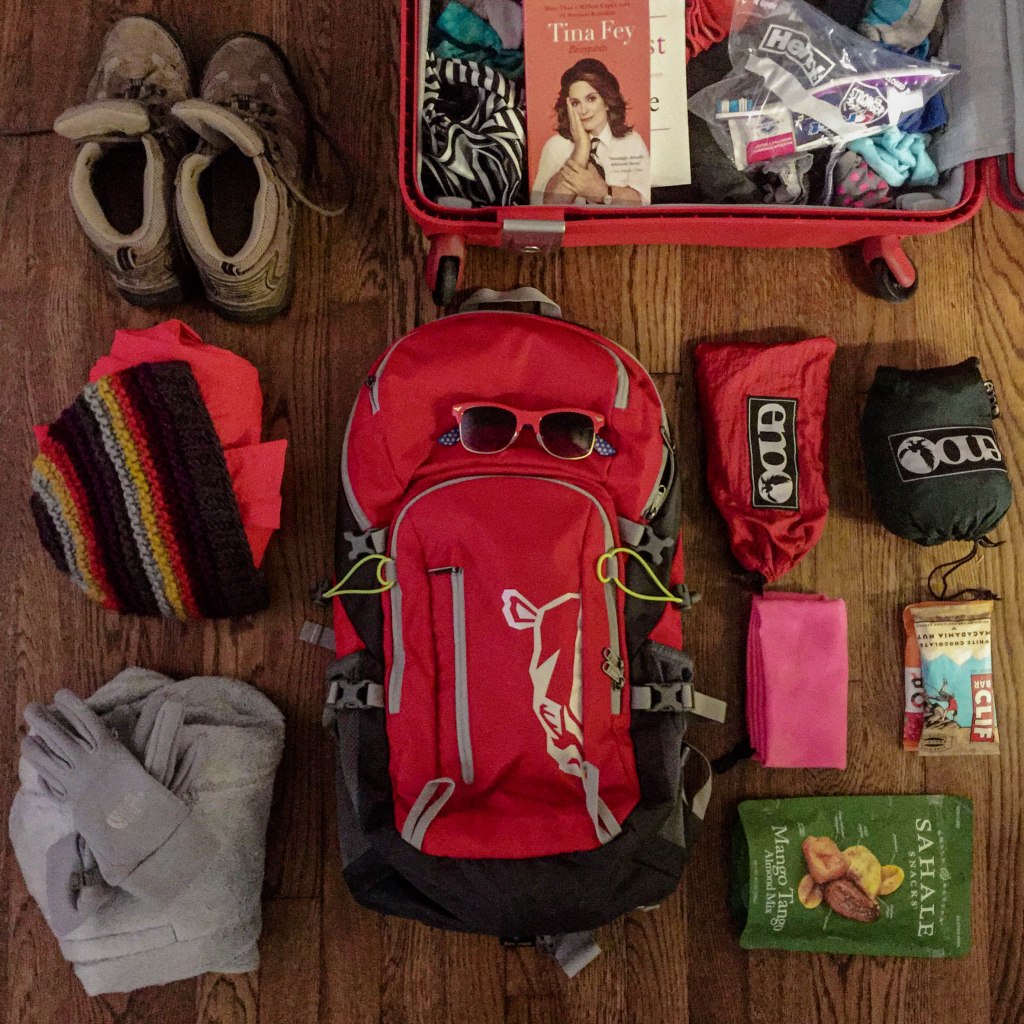 …and took the earliest flight out of Houston.

After meeting up with our old friend, we caught up over tamale sandwiches, met up with a friend of his, Ray, packed up their dogs and headed to Arapaho National Forest, right outside of Boulder.

Though they were familiar with the Indian Peaks hike, we got distracted by another trail, Rainbow Lakes, first. 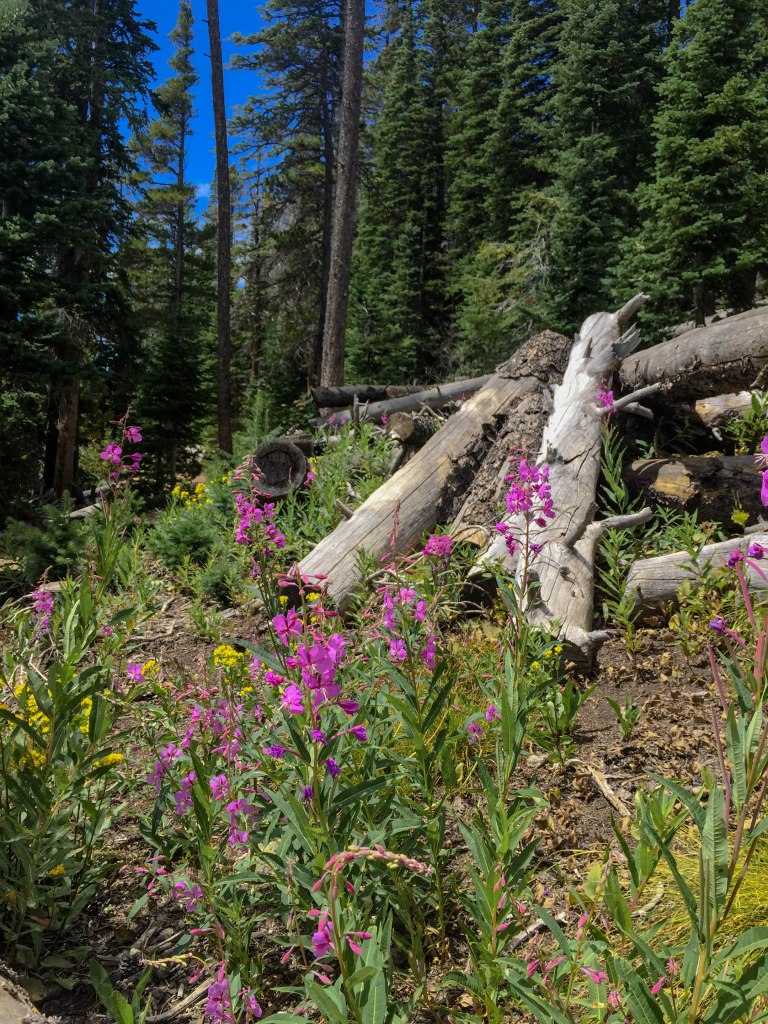 It was alright, and I got to drink water that was pumped from a stream for the first time (being new to hiking, this was a novelty!), but Spencer and his friend, Ray, made their disappointment in the trail very clear.

The Rainbow Lakes trailhead forks into Rainbow Lakes or Arapaho Glacier trails. We went the Rainbow Lakes route, thinking it would be less crowded than Indian Peaks. Shortly after our hike began, we found that to be untrue. The hike was pretty crowded, and there wasn’t a whole lot of flora and fauna. After arriving at the lake, and speaking to a few people on the trail who said that they needed a machete to bushwhack through the rest of the trail, we decided to turn back around and head toward the initial destination.

When we arrived back at the fork, Spencer asked some women who were descending from the Arapaho Glacier trail if they were able to get into the snow, but no dice.

So, lesson learned: though you may get distracted by Rainbow Lakes and see what it’s about, head straight for Indian Peaks Wilderness trail when in the Denver/Boulder area. 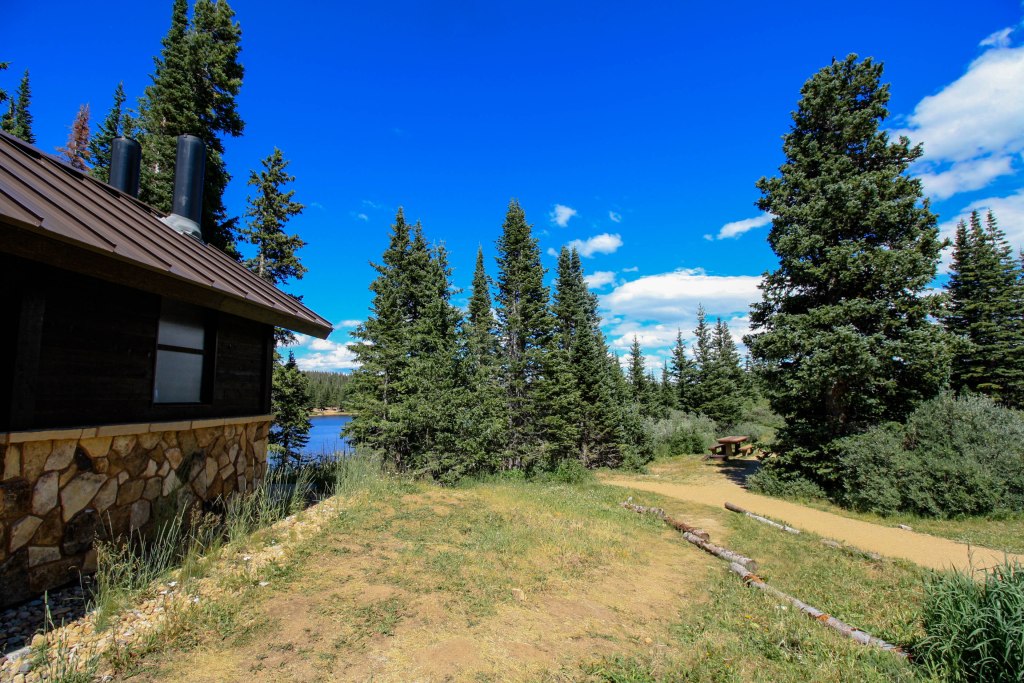 Those pictures were just from where the trailhead was!

It was a glorious hike. 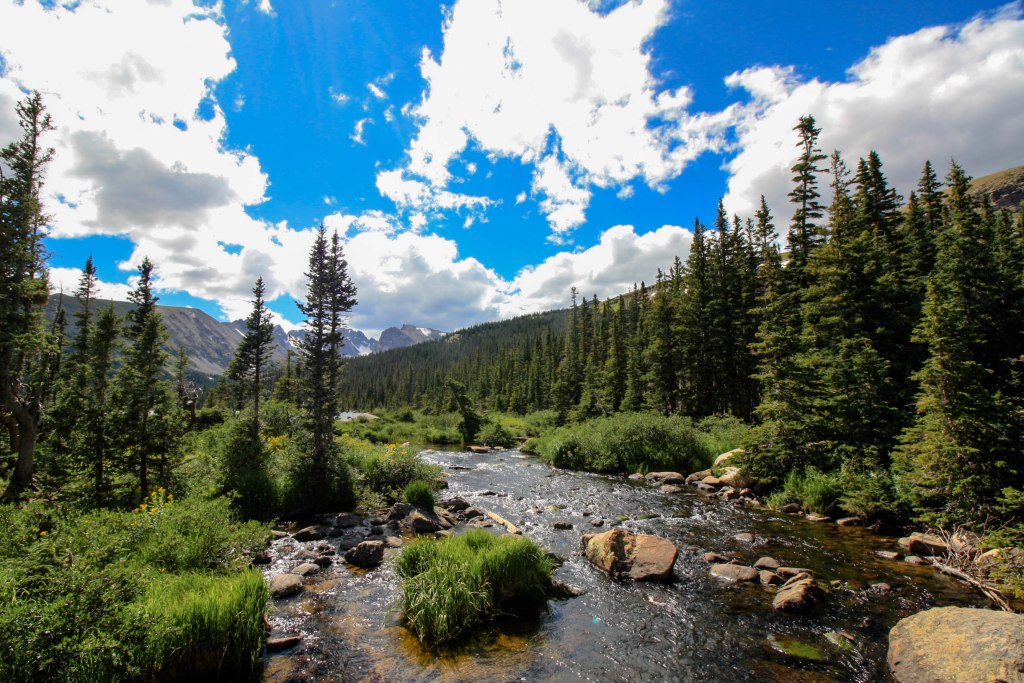 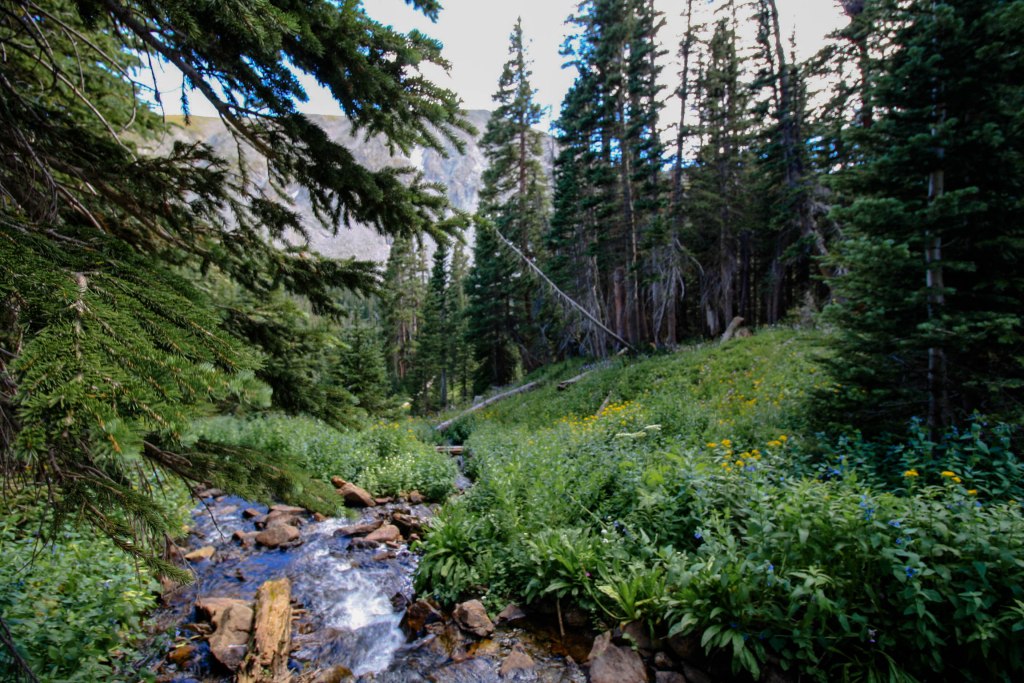 TONS of flora all throughout the trail, and a lot of great shade. Spencer is a mycophile, so he found some mushrooms that were edible (and, according to him, delectable), went gaga over them, and placed them in the reusable produce bag he had brought along.

Some of the flowers: 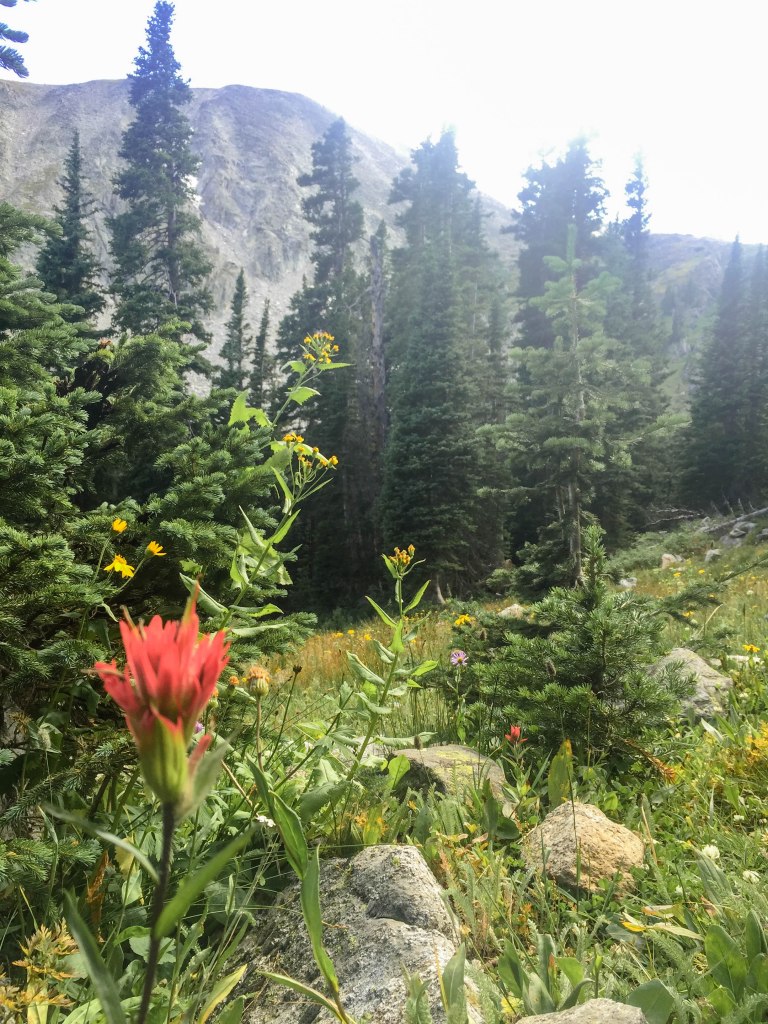 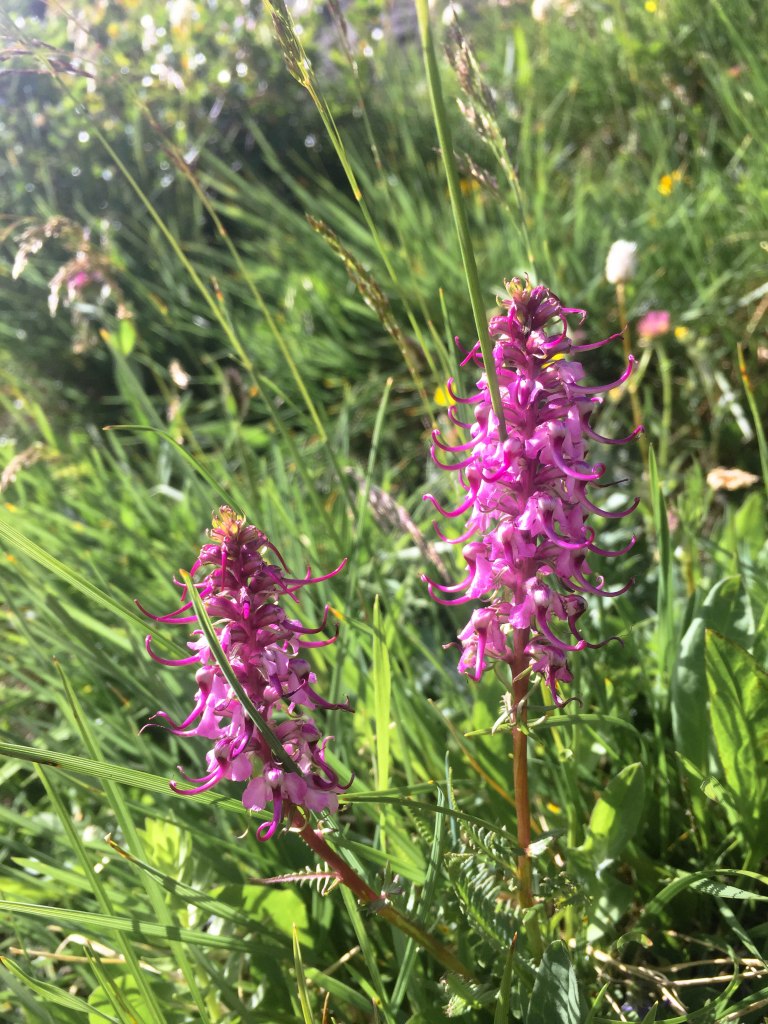 We eventually made it to the climax of our hike, this beautiful lake surrounded by flowers and mountains. Spencer got it right when he compared it to Narnia. 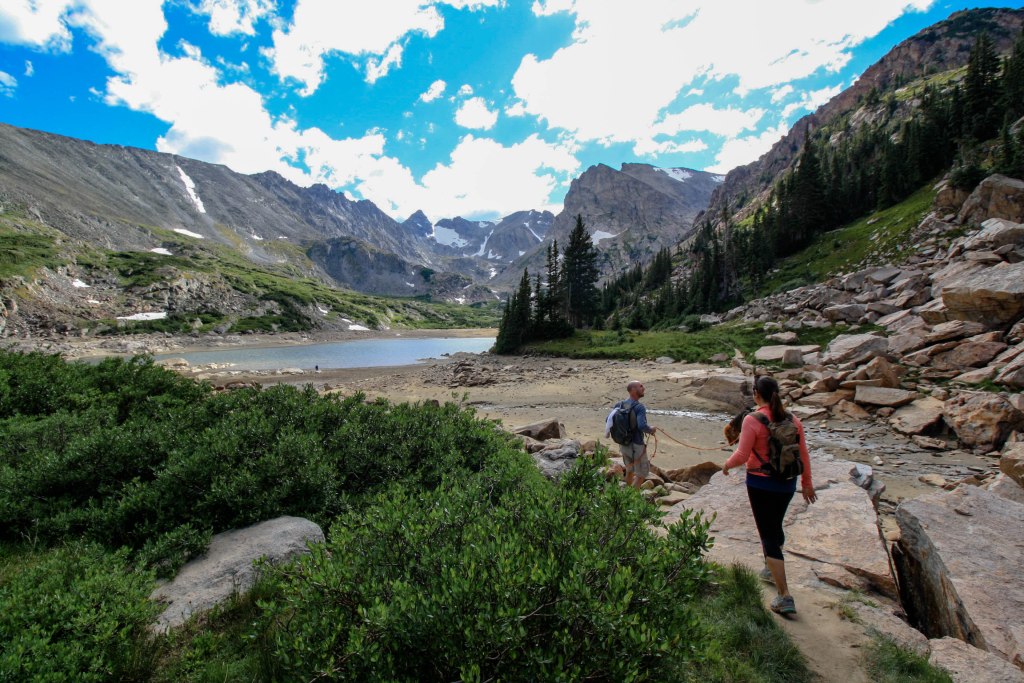 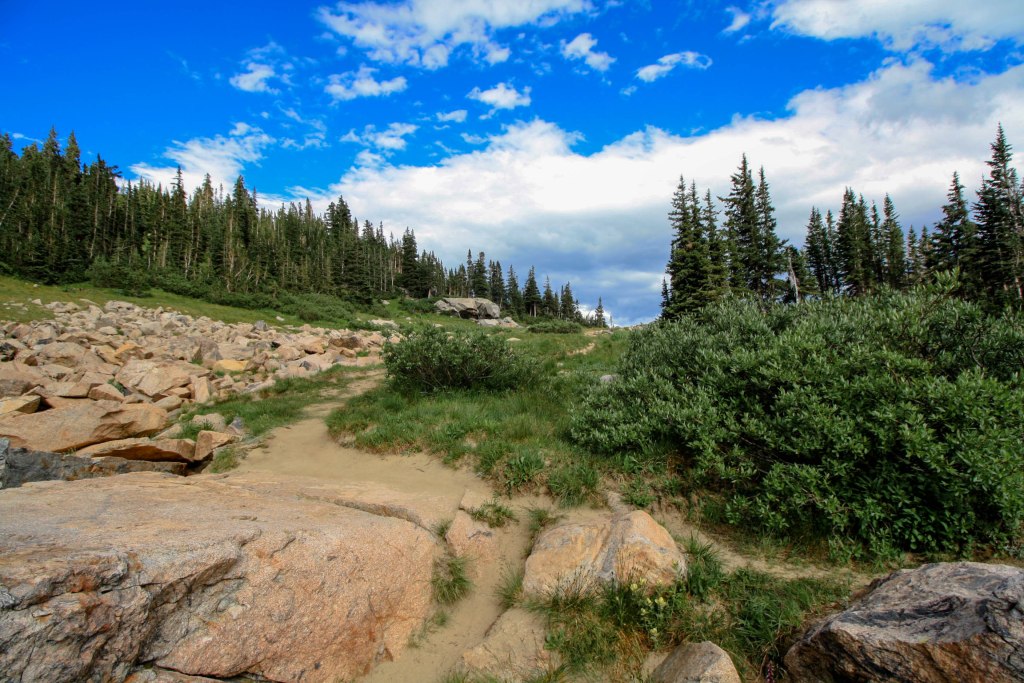 We sat, laughed, and drank whiskey while Ray fly fished. I don’t even like whiskey. I had a bad experience over a decade ago, but at that moment I decided I was going to associate whiskey with stunning mountain views and that vista. Right then and there: reassociation.

…I’m not all that sure if it worked, I don’t drink much in general, so I haven’t had an opportunity since to have more whiskey, But, I know for certain that as we were trekking back to the car, I was hammered. Whoops! 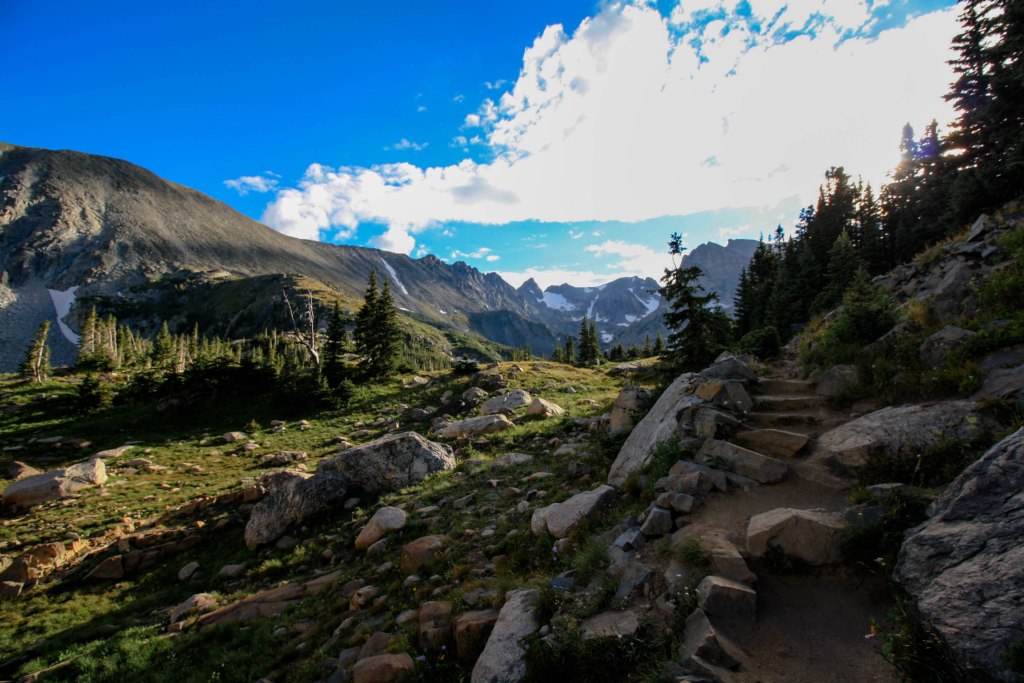 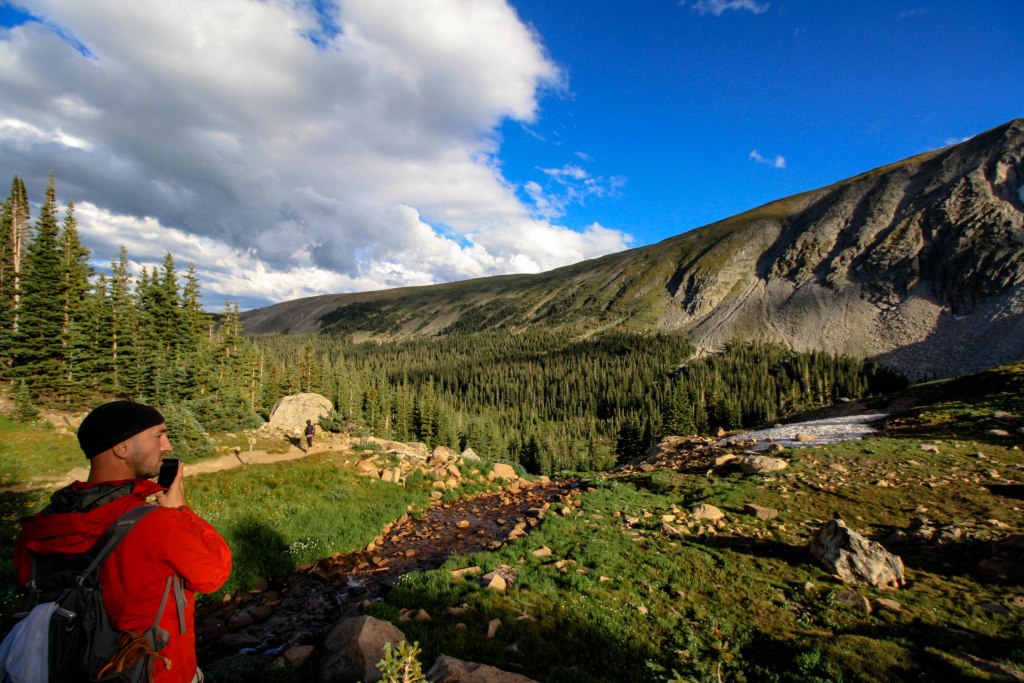 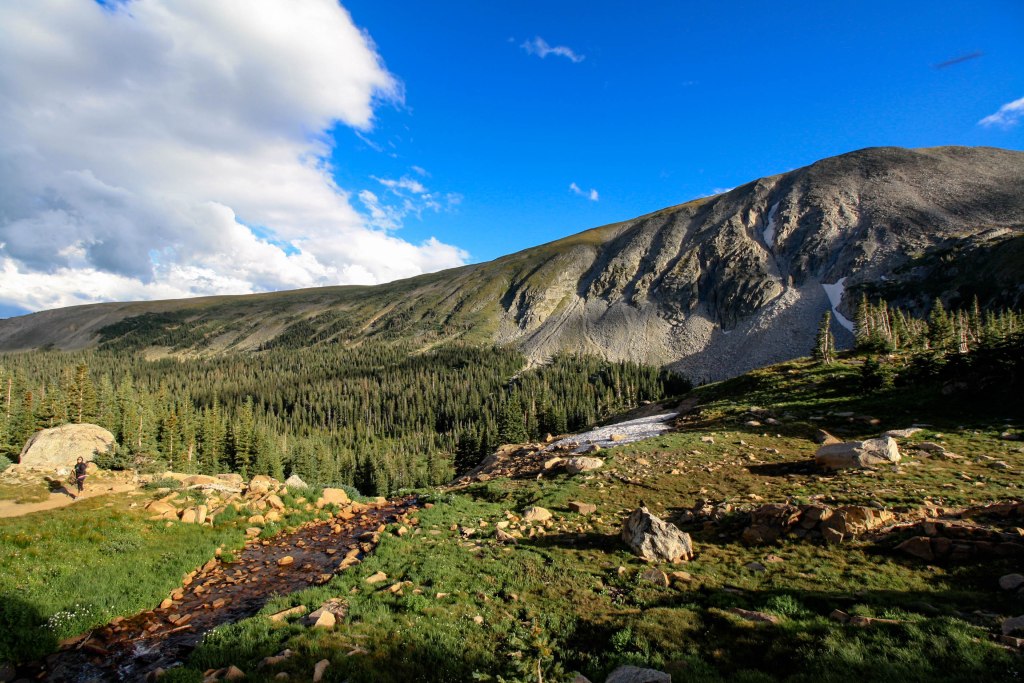 Just as we were leaving the trail, we saw something excellent! Can you see it?

We some some yellow-bellied marmots and many squirrels on the way, but that was by far the coolest wild animal we saw. He was HUGE!

If you’re heading out to the Denver/Boulder area, I highly recommend this hike!