Last Sunday, on the first weekend after the Autumnal Equinox, we headed out to Silverman’s Farm. (Along with what seemed to be everyone else for miles.) No doubt, this is the perfect place to head to on a date or with a family when you get that first hint of fall weather.

After navigating a well-packed parking lot, we started our visit to Silverman’s at the Animal Farm. It was much bigger than I expected! There were alpacas (so you already know I’m sold), so many different breed of goats and sheep, bunnies, three little pigs, peacocks, ducks, chickens, a couple of really fluffy bulls, and surely more that I can’t remember. The area in which the animals were kept was very spacious, and Tobias’ favorite was the bearded goat. 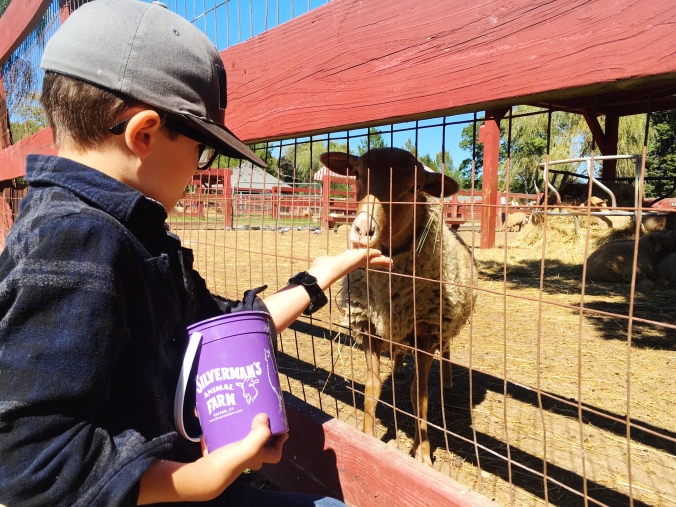 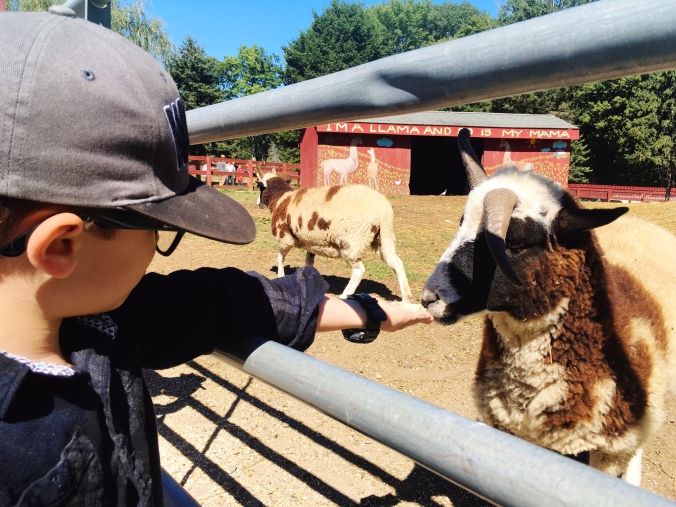 Did you know that a traditional apple in the grocery store, drenched in chemicals and heavily coated in wax, can spend up to 14 months between being picked and being eaten? That doesn’t sound too Red Delicious if you ask me. I go gaga over fresh fruit–the mangoes in The Philippines and the chirimoya in Peru this summer were to die for–so I was pretty excited. In all my life I hadn’t seen an apple still on the tree! 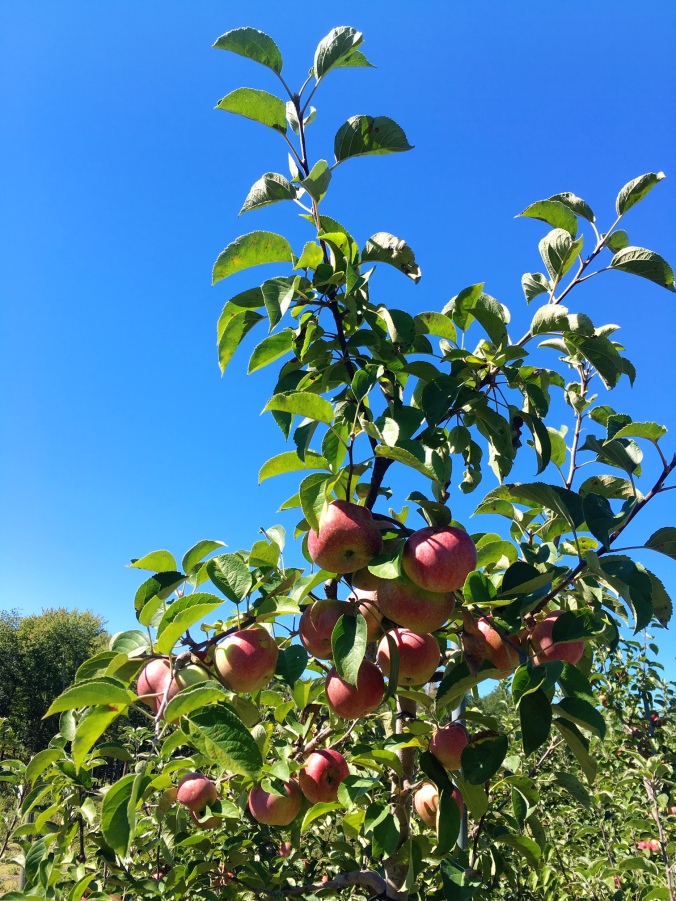 We had to wait in line to receive our “peck” bags. You have to get a bag if you want to take the tractor into the orchard, and two adults can share the larger bag, which is a dollar cheaper than two separate. I’m pretty sure kids under 4 are free, and after 10 years old, they move up to the adult bag pricing. Being the first weekend in Autumn, the place was very busy. But though the line was long, there was plenty to see. There was even a live bluegrass band! 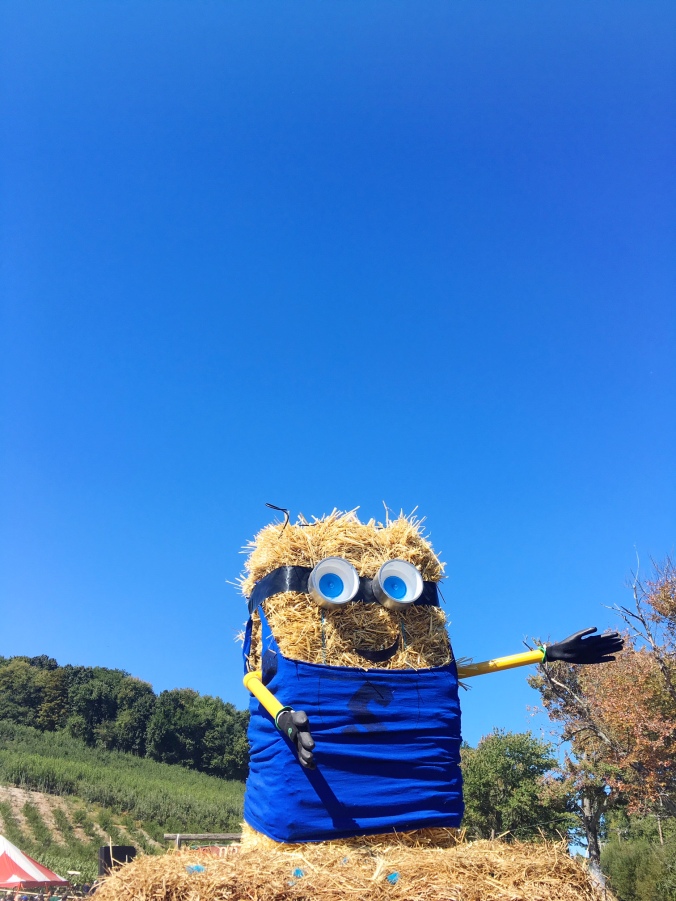 After we received our bags, we loaded into the tractor to make our way through the orchard.

Though there are seemingly many pick-able apples on the way, the farm maintains order by taking their guests to specific, roped in areas, ad some varieties are ready at later times in the season than others. I overheard a woman on the tractor tell her friend that she came at the very end of the season the year prior, and the tractor ride was much longer as they took them to the very back of the farm, where the last apples hadn’t been picked through.

When we arrived at the area in which we were to begin picking, a guide told us the apples we’d be picking that day were Cortland, and the rules. 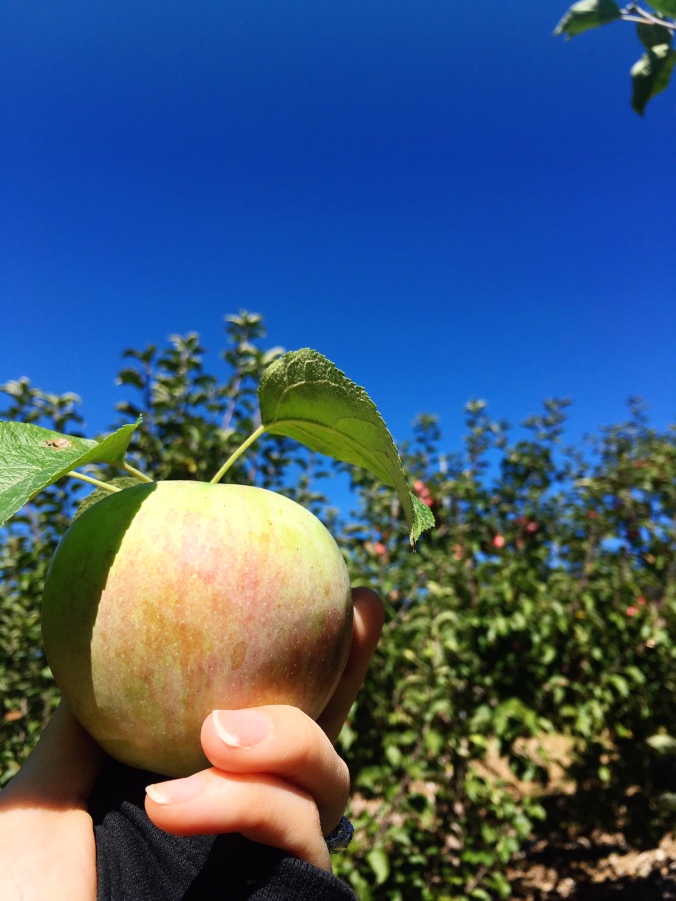 The trees are kept quite short, so only the fruits at the top of the trees were kept out of reach for tiny people like me. Tobias had the greatest time, and we decided that apple picking was a lot like Easter egg hunting, “but much healthier.”

The area was well picked through, and unfortunately, many people drop, throw, or waste apples in another way, for the ground was littered with them. 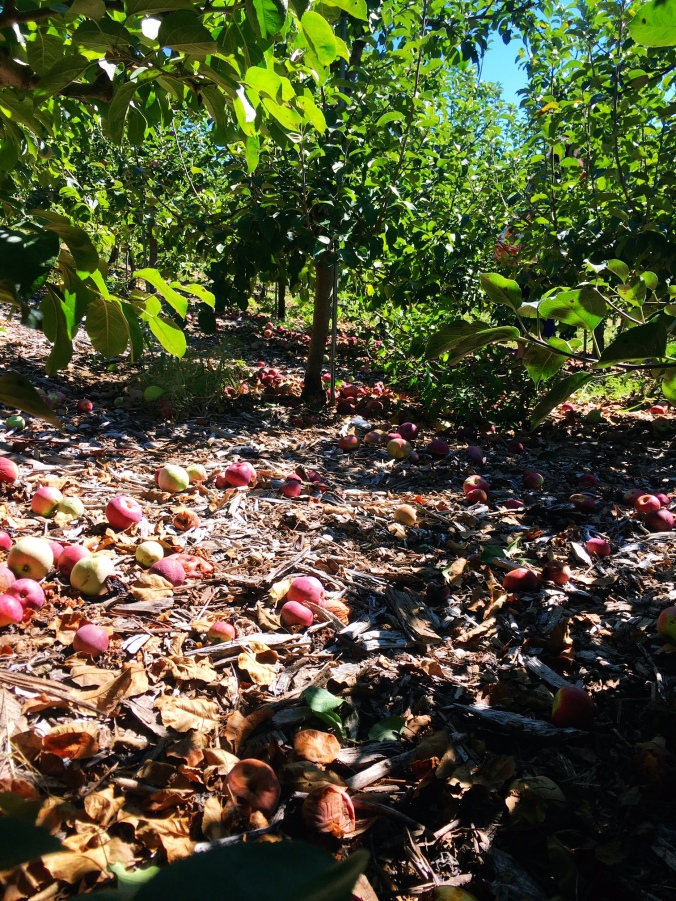 In case you prefer Gala, Macintosh, or Honeycrisp, they have barrels of the other varieties, freshly picked from other parts of their farm, throughout the area. 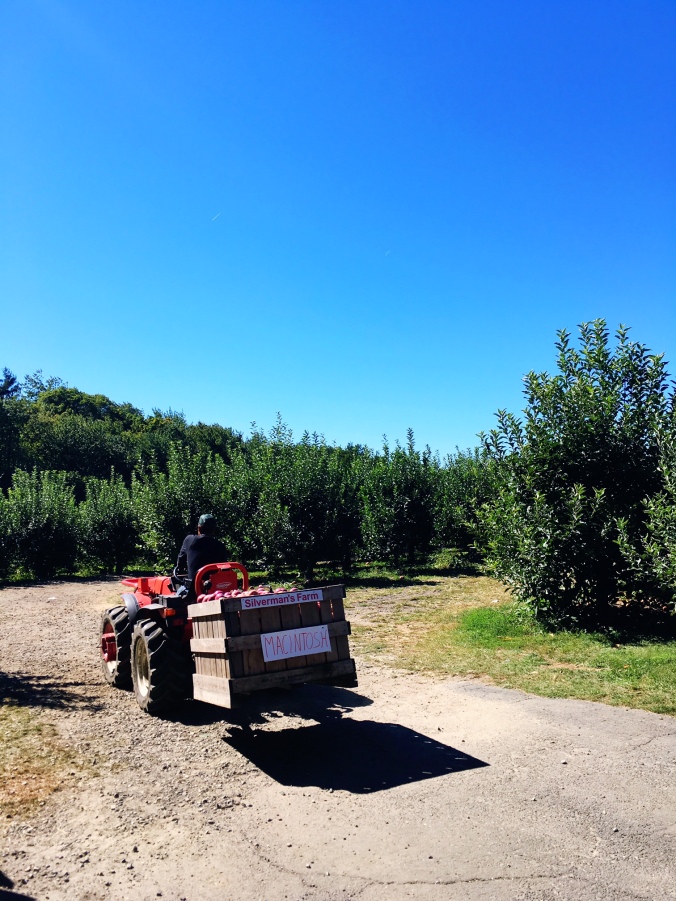 After we took the tractor back down from the orchard, there was still more to see and do. If you’ve worked up your appetite for something more than apples, there were two food trucks: one for gourmet meatballs, the other for fresh pizza. Smaller kids can roll around in “The Cereal Bowl,” which, upon closer look, was a pit of dried corn.

There was a small pumpkin patch. 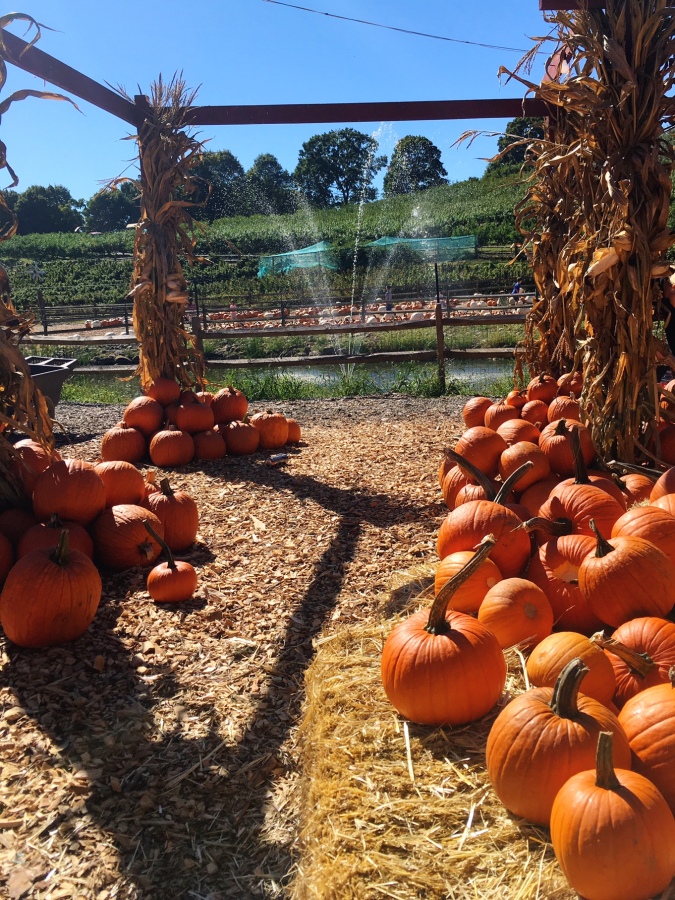 To end our day at the farm, we visited the gift shop, which was full of knickknacks, local goods, fresh baked pies, apple cider donuts (!), fresh apple cider, and more apples, of course. 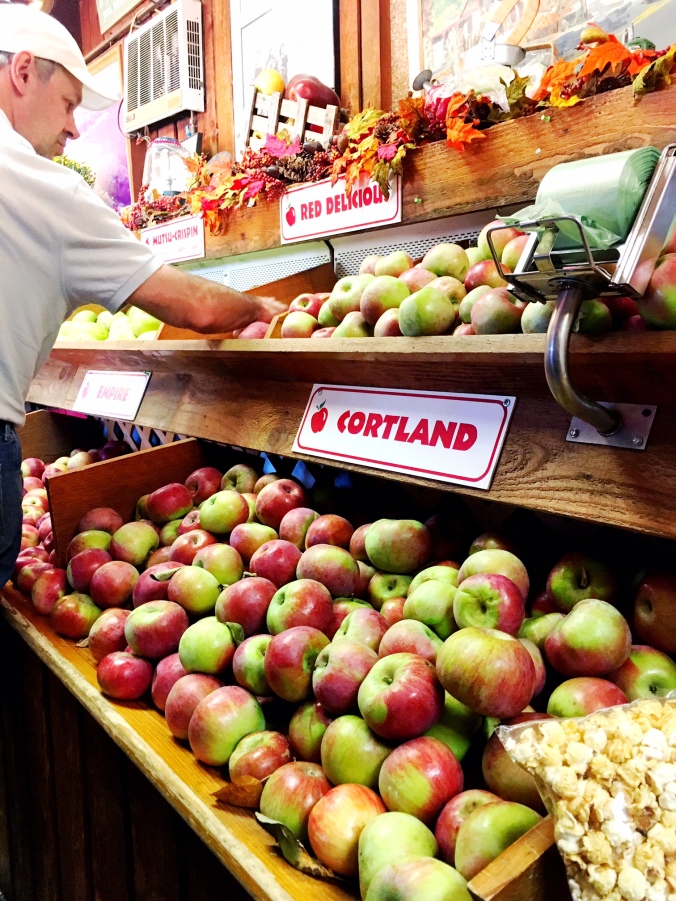 I know I’ll always be a Texan at heart, but New England just keeps winning me over, time and time again.