This past Sunday, Mark and I did our first triathlon as a couple, Katy Triathlon at Firethorne. This race only had a sprint distance course, and it seemed a lot smaller than the race I did two weeks ago, Towne Lake Tri.

This was the first race I’ve done where the start line was in the water, instead of running into the water to begin. I was relieved to see this on race day, and thought it would likely help with my open water fears. Unfortunately, I was a tad bit too tiny for standing in the mud the start line, and had to hang back away from the start at a place where I could reach, or I’d be treading water and wasting too much energy. I see now that there are pluses and minuses to both types of swim starts.

This was, however, my best swim yet. There were moments where I needed to catch my breath or I’d get overwhelmed, and I’d flip over on my back or breaststroke for 2-5 strokes and then get back to freestyle. So that’s really coming along for me!

The bike course was a rough ride. Most of it was on a gravel road, and with the 650c wheels I have (my bike frame is an extra small, so I have to have the smallest wheels), it wasn’t easy. At 3/4 of the way through the bike, the shaking became unbearable and I learned I had a flat. Though I used my checklist the night before, I’ve never taken my tire kit off of the bike and assumed it was there. It wasn’t. I had to get picked up by the SAG van.

I thought my race was over, but many people (some of which had their tire kit, but TWO popped tires) were getting picked up. One told me to finish my race strong, and that’s when I realized I could still do the run. I gave the run all I had, and finished strong.

The people putting on this race were excellent-helpful and kind, but even if I wasn’t moving to Connecticut, I likely wouldn’t do this race again. It was far too rough on my bike. 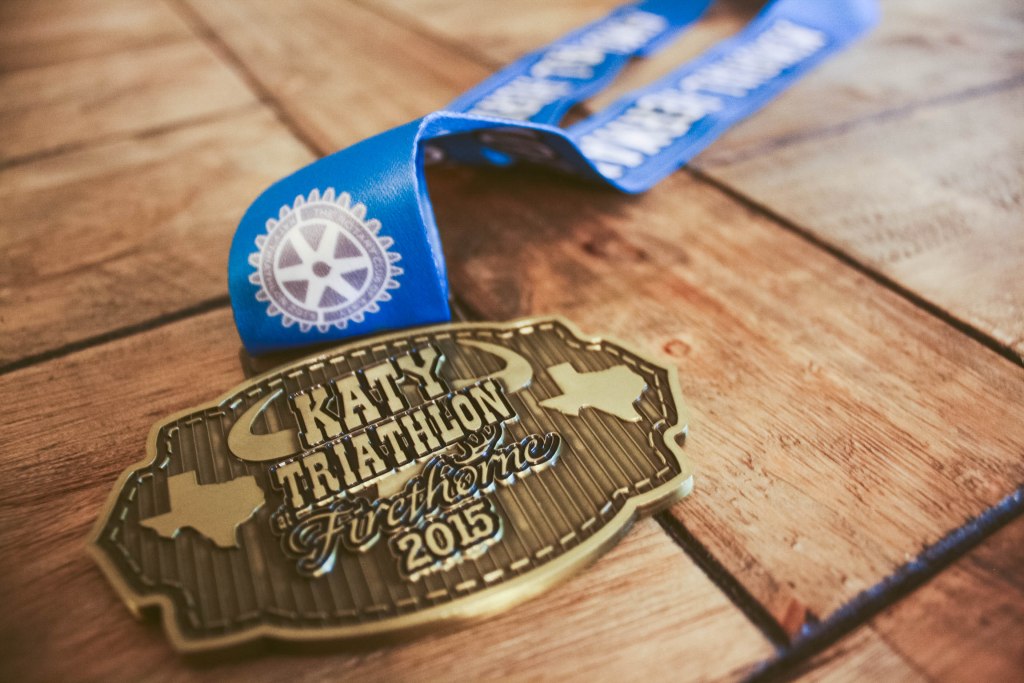 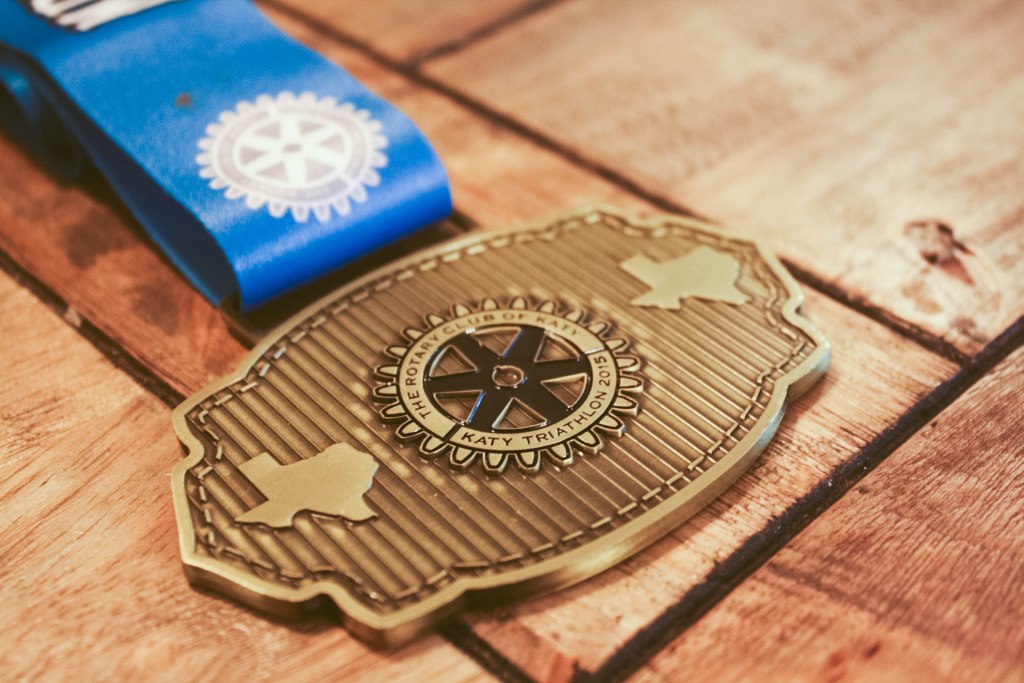 Before registering for a race, I always google around trying to find out what the medal looked like during the years prior. Strangely enough, the race’s social media page rarely has it. I mostly do race reports so other can do the same, lol!

One thought on “Race Report: Katy Triathlon at Firethorne 2015”