SUPPOSEDLY, it’s still fall until December 21. Supposedly. The weather outside is frightful and the Christmas decor is delightful here in New England, so it’s easy to forget. But when the leaves were just beginning to change color, Tobias had a day off for Yom Kippur & we took advantage by heading over to Castle Hill Farm in Newtown, with our dog Laser in tow. 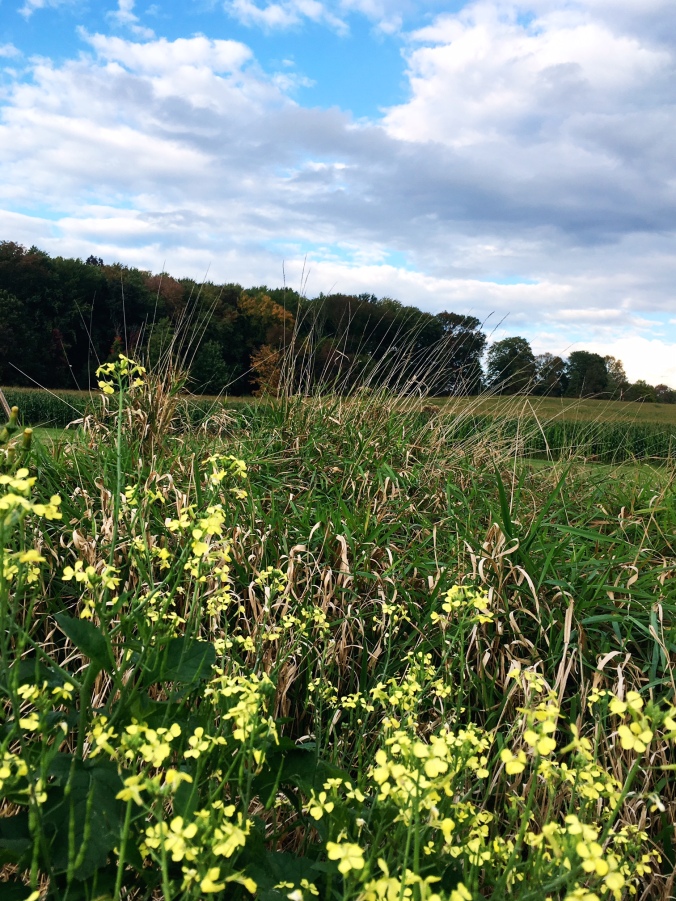 Every year, the Paproski family does a themed corn maze. This year, their daughter was pregnant with their first grandchild, so they they appropriately made the maze into the shape of a stork! They have great aerial shots of the mazes from each year on their website, and they give you a convenient map to carry along with you.

Not to brag or anything, but I have a great sense of direction. Chalk it up to navigating Houston via public transit from the ages of 12 through 17. If I wouldn’t have figured out how to use a map, I wouldn’t have survived! So, I handed the map to Tobias and I kept Laser on the leash while he helped us get lost. Yep, you read that right! If you have a good dog and you clean up after them, you can take him along with you. Laser had a lot of fun and received a lot of attention from the other families in the maze!

That bag in his back pocket was in case Laser left behind a present. Hah!

There was also a game throughout the maze. At each letter indicated on the map above, there would be a fun fact about farm animals and either a heart or no heart by the letter. If there was a heart, you were to fill it into a word scramble on the back of the map, then you could enter to win a free Christmas tree from the farm after Thanksgiving!

Tobias was running around like a mad man, thinking he could find the way without the map (?) and once he was good and tired, he wasn’t so interested in the letters as much as he was interested in letting me lead us back to freedom.

After we came out, we saw Mr. Paproski again and he asked us with surprise, “Did you guys just come out?!” I think we were in there for an hour and fifteen minutes. Tobias bought himself a snack and we went over to pick our own pumpkins.

As you can see above, there were some already picked for sale at their shop. 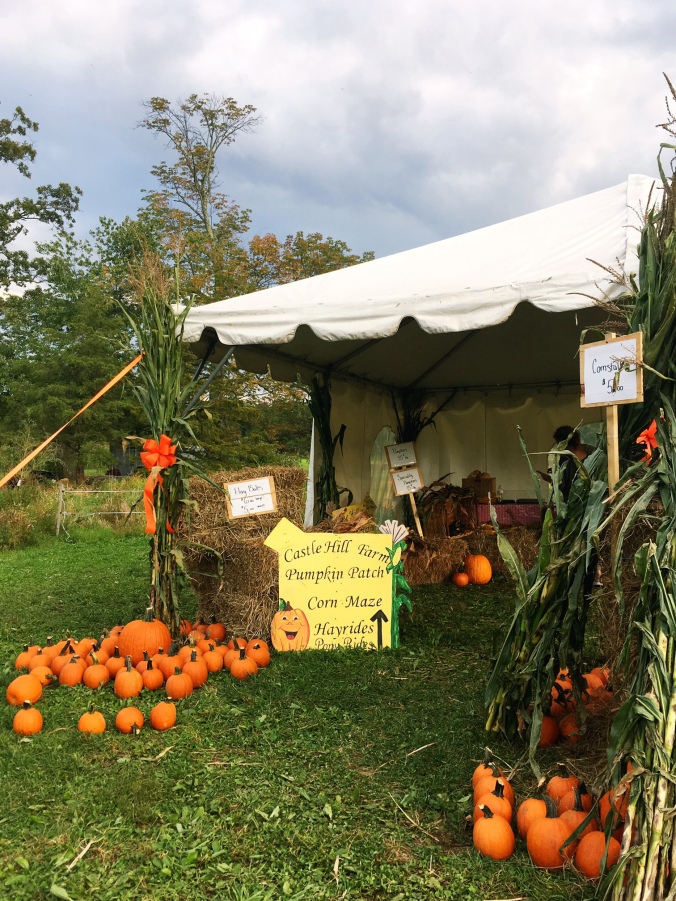 But, we wanted to get the freshest.

Tobias was the manpower, while I tried to rein in Laser, who couldn’t quite handle the excitement of the petting zoo on the other side of the fence. We saw a cute fluffy goat, but his face said he saw goat curry. 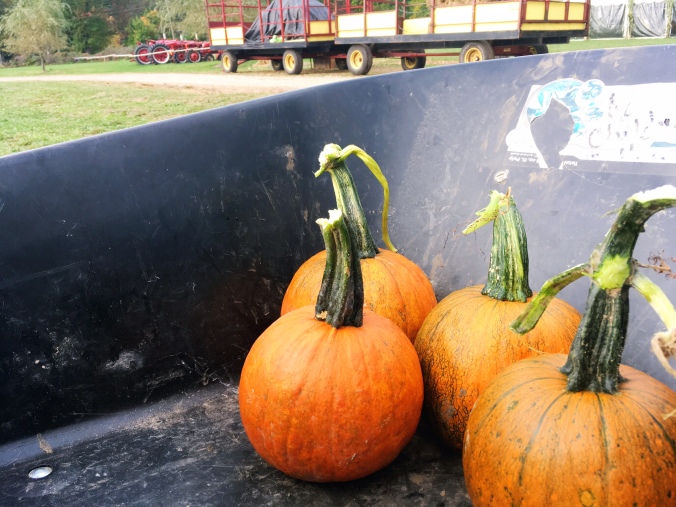 The pumpkin pricing was $0.55 by the pound, and they rounded down. T was the one to decorate our stoop when we got home.

And, later, I used an old (7 years!) wreath I had at the house & some autumn goodies from JoAnn to make a wreath. Not only are there a lot more Christmas wreaths in December around here, there is also far more decorating for the Autumn than there was back in Texas.

Now that we’ve had our first fall in New England, we’ll know for next year and buy all the mums, hay bales, corn stalks and more pumpkins for our porch.