Crafting a Creative Kid: How to Raise an Artist

My eight-year-old son is the creation I am most proud of, and becoming a mom at nineteen & figuring this all out as I go along is no doubt my greatest adventure of all. 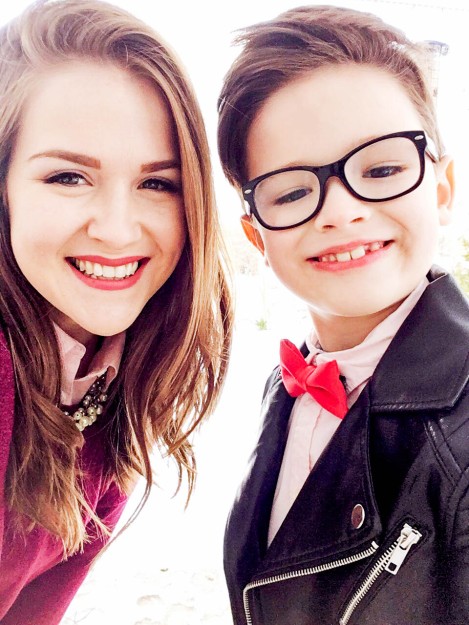 When I studied writing, I learned with the rest to “write what I know.” This is why this is not, nor could it ever be a Mommy Blog. Read: I have no idea what I’m doing. Half of what I know about raising a family I learned from twentieth century sitcoms like Family Matters, Full House and The Brady Bunch. No lie.

Sometimes my husband asks, “Why do you bake him cookies for after school? That’s a dessert, not a snack.” And well, that’s why. Leave it to June Cleaver. I cringe when people tell me I’m a good mom, because it invalidates my constant negative self talk and second guessing myself. What do they know? They haven’t seen me loose my temper!

That being said, as I meet more children that are my son’s age, I find that he’s pretty darn creative. When he’s not working on his studies or doing his household chores, he’s making something, no doubt.

Sometimes people ask me how I pull him away from video games long enough to make things and how he’s so creative. I don’t think this is something that’s hardwired, and there’s a few things that I’ve done to facilitate his  artistic attempts.

I’ve always been pretty frugal when it comes to buying toys, and when I did, I made sure it was something old fashioned and open-ended. Blocks and books at infancy, supervised crayon and paper during toddler hood, and a lot of imaginative play. When he got introduced to cable TV at three and he began running to me in the other room saying, “Come wook! I need dis!” I began an unending reinforcement:

“Those commercials are trying to trick you. Their job is to tell you that you need it and take your money.” I showed him examples of cartoon advertising at grocery stores, and how things in Scooby-Doo shapes are more expensive. We’d still get them at times, but never without a talk about those tricky advertisers.

There are some really simple items for sale, and when my little guy would ask for something, I’d first consider if it was a toy we could make ourselves. “Oh, you don’t need to buy that! We can make that!” Sometimes we’d follow through, and other times we forgot and moved on. But I started reinforcing that method of thought.

Now that he’s older, I’ve told him about how children in undeveloped countries are usually the ones making the licensed toys that he sees advertised on YouTube videos. “They’re younger than you and it’s their job to make these every day! You can make it, too!”

It’s a sad truth, and some may think I shouldn’t expose him to that. But I think people should have enough information to make educated choices as soon as they can.

Model a creative attitude. If I always told him these things about the things he wanted and never followed through with making our own version or made things of my own, he’d think I was the one doing the tricking. Be consistent with your messaging!

Narrow down the options

The most difficult thing about being a parent–okay, being a human these days are the incessant distractions. Most parents are stumped how they can ever peel their children away from their iPads. “It’s all they ever want to do!” they lament.

It’s simple: don’t make screen time a choice. Have firm times that they’re not allowed to look at screens, but are able to choose to do anything else with their time. Unless a car ride is over an hour, there’s no need for a screen! School nights are for learning! And the like.

“Bored” was was taught to be a cuss word in my house, so he doesn’t dare utter it. But when I was growing up, my best friend was a super talented artist. When I met her two cousins, they were awesome, too, and I made a comment to her. She responded, “Whenever we’d tell Gramma we were bored, no matter what, she’d always give us some paper and a pen. We’d all have clipboards in the backseat of her car.”

I always remembered that, and though I don’t make drawing the only choice or force it upon him, it’s become his go-to way of spending his time.

Options that are always open:

For the last six weeks, I’ve been following the direction of Julia Cameron’s The Artist’s Way (highly recommended!). It’s a workbook for people who are creatively blocked. In it, she discusses how crucial it is for an artist, even as an adult, to be nurtured. Creative work is such a vulnerable act and without encouragement, the beginner never musters up the guts to become an expert.

Being a beginner artist is so frustrating. I have a quote from Ira Glass on my desktop that refers to this: 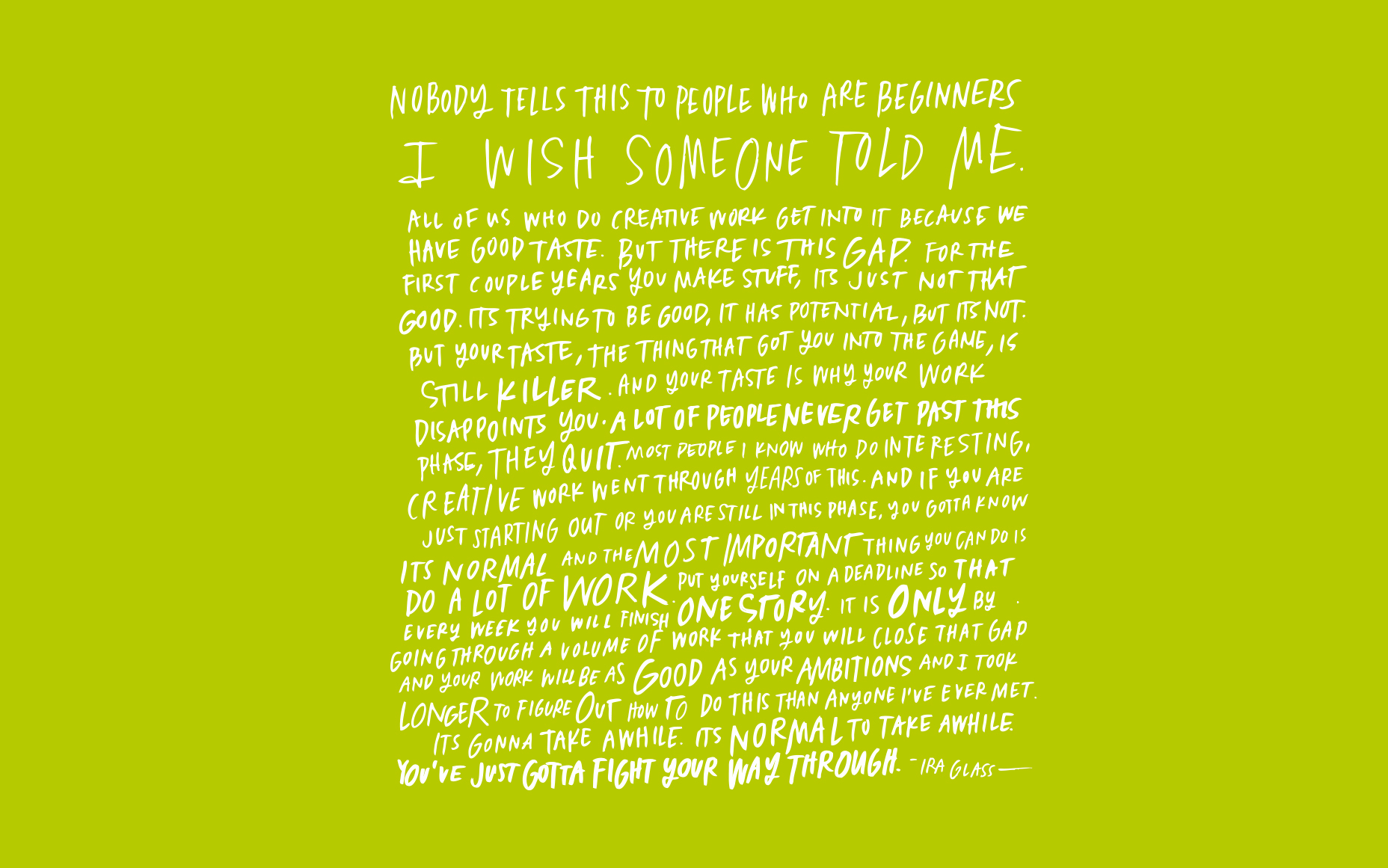 It’s a fight to become better and better, and sometimes it’ll anger you. I make sure to always reassure that there are solutions and to quote my second grade art teacher: “There are no mistakes in art.”

Things my son has been making lately:

5 responses to “Crafting a Creative Kid: How to Raise an Artist”